Closing Time for Leonard and Me

The loud voices from my older brother Neal’s bedroom shake me awake. His room is below mine, and I know something is wrong. I run downstairs to see my mom and step-dad standing in the doorway. Neal is lying casually across his bed, back against the wall, shotgun on his lap, threatening to kill himself.

At 13 years old, I didn’t hesitate. I walked straight into the room, sat on the floor beside his bed, and refused to leave. My parents threatened me with all kinds of punishments if I didn’t get out of his room, but I refused. As a good little girl, this was something I never did. I knew I needed to be there, and so did my brother.

I didn’t say much, Neal did all the talking, but around 3:00 am (it was a school night – funny how that sticks in my head), I could sense that the danger had passed. I left my brother’s side, and my step-dad could take away the gun. 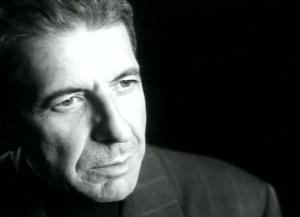 When I was 16, Neal introduced me to Leonard Cohen. At the time I had zero interest in Cohen, his drab, boring voice, and the lack of screeching guitar solos. I sensed though, that Neal had found a confidante in his morose world of angst and melancholy. If I didn’t get Cohen, that was okay, because Neal understood him, and that’s all that mattered to me. I sat with Neal for hours, watching bewildered as he grooved to what Cohen was laying down.

Despite his being 5 years my elder, this pattern of helping out my older bro never stopped. I idolized my brother, and would do anything for him. Years later, Neal married an emotionally unstable woman and rescue opportunities were plentiful. I spent one delightful evening picking up his clothes from the lawn that his wife threw out the second floor windows, screaming obscenities into the night. Dates often ended with his wife picking fights with any woman who looked a little too closely at Neal. I thought the relationship would end when his prized car that he’d lovingly restored now sported several large hatchet wounds.

The relationship didn’t end though, and Neal and his wife had a son. I made the very difficult decision to stop rescuing Neal. I sat down with Neal and told him that I loved him, but I could no longer ‘interfere’ in his relationship with his wife. While Neal and his wife always made up, the resentment his wife felt towards me never stopped, and there was no make up period for us. For the usually verbose Neal, he just gave me a curt nod, and walked away.

Time passed, I met someone and was getting married. Deciding who I wanted at my wedding, I realized I would be ‘expected’ to include a close family member who had assaulted me when I was a child. As most kids, I didn’t say anything at the time. As an adult, I avoided him, but I couldn’t avoid the wedding. I went for counselling (totaling almost three years of grueling sessions) to deal with the abuse. Part of the therapy was to tell my family what happened, and that this person would not be at my wedding.

I decided to tell my beloved brother Neal first. I thought if I was going to get any support, it would come from him. I went to his house, and bared my soul. Neal stood up from the table, and paced around the room. Realizing there was nothing more for me to say, I went to leave. At the door, Neal gave me a hug, and said “you’ll survive, you’re a lander.”

That was it. After years of helping Neal through every nuance of his crazy, roller coaster life, I got a pat on the back and a quick send off. The disappointment was sharp and bitter.

The fallout of me ‘coming out’ and telling my story was swift. I begged my mom to be neutral, but she quickly took sides – and no, it wasn’t mine. I was booted out of the family, and I never saw my brother Neal again. He never tried to contact me.

It’s been over twenty years since that pat on the back, and I thought I was over it. I thought I was over my Neal. And I was over him, right up until Leonard Cohen died. It made me think how heartbroken Neal would be right now, grieving for the kindred soul poet who was so influential in Neal’s formative years.

It’s Closing Time for Cohen, but it’s once again closing time for me. I again must put aside my sorrow and grief over losing someone I loved so much. Goodbye, my Neo.